Everyone has read an article about the top trending baby names for the year, but have you ever wondered about the most popular cat names? Rover.com compiled a list of 2015’s most popular names for your furry friends. Did your cat’s name crack the list?

Ranking at the top slot for the female cats for 2015 was Lily, followed by Chloe, Lucy, Bella and Luna. Topping the list of male cat names was Charlie, with Jack, Jasper, Dexter and Milo rounding out the top five.

There are typically a lot of human names on the top 10 list of cat names, and this year is no exception. However, dogs tend to get human names more frequently than cats, according the Rover.com. Statistics show that about 10 percent of cats have human names, while nearly 22 percent of dogs have people names.

This list also has a bit of celebrity crossover, notes Yahoo. Lily, Luna, Chloe and Charlie were all names given to famous babies born this year. In addition, a few popular names – Shadow and Tiger – saw their stock slide and didn’t make the list at all for the first time in three years, though they have been longtime favorites. 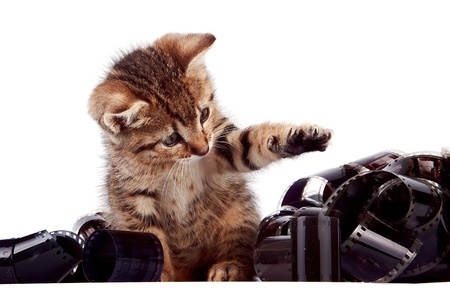 Pop culture, unsurprisingly, has also been a big influence on pet names, too. For example, Bella has been on the list since the “Twilight” series became popular, though it’s been fallen a few places in the years since the movie’s release. Else, Tinkerbell, Shrek and Daenerys all have started to emerge this year, as well, and with the surging popularity of “Star Wars” back in theaters, Rover.com expects that themed names from the latest film will likely crack into the list for 2016. Even so, the Force is with dogs – five of the nerdiest names for dogs are “Star Wars”-influenced as opposed to two of 10 among cats.

Did your cat’s name make the list, or do you have a particularly unique name for your furry friend? Let us know in the comments below!