Sixteen years ago this month, the movie “Detroit Rock City” landed in theaters, bringing with it Ted Nugent’s classic “Cat Scratch Fever” as covered by Pantera, reviving the 1977 classic and bringing it a new following at the turn of the millennium. While the song’s themes are a bit risqué, the song’s name does relate to a true condition: Cat scratch disease. 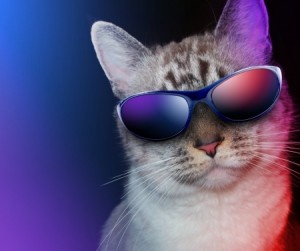 Cat scratch disease, sometimes popularly called cat scratch fever after the song’s release, is a bacteria carried by felines that is transferred to people through overly aggressive playing or scratching that breaks the skin, allowing the germs to get into a person’s body. According to the Centers for Disease Control and Prevention, the cat’s saliva is the most common way that the germs are spread, with initial symptoms showing anywhere from three days to two weeks after a bite or scratch.

Signs of cat scratch disease in humans include redness and swelling, sometimes with infection, with more advanced cases leading to headaches, fever, lethargy and loss of appetite. If the wound is near lymph nodes, glands nearby may also become inflamed, tender and swollen. In extreme cases, the bacteria can spread to the brain, heart and other organs, though this is very rare and often occurs only in those with compromised immune systems.

The bacteria that causes cat scratch disease – B. henselae – is fairly common among cats, though rarely manifests into any symptoms. The CDC estimates that as many as 40 percent of cats carry the disease, though most show no signs of problems. In cats that do, symptoms include inflammation of the heart which can lead to labored breathing, as well as urinary tract, mouth or eye infections.

Treatment is generally not prescribed for cat scratch disease except for in the most extreme of cases, as the body’s immune system can typically fight off the bacterial infection sufficiently. However, in some situations, antibiotics are used to help support the immune system and kill off the germs.

While far from serious – and it definitely won’t make you go insane, as Nugent suggests – cat scratch disease can easily be prevented by washing any wounds you receive from a cat with soap and water and keeping them clean. For more information, check out the CDC’s full article on cat scratch disease online.